The first time I met him, his mom did the talking. She explained about his past, the bullying, the torture. She explained that he had Asperger’s Syndrome [autism spectrum disorder], something I hadn't heard of, and that he didn't like touching, or talking, or getting close to anyone; but he was strong, aggressive, and wanted to fit in. Steven never really did fit in though. He had an attitude that set him apart. He sat alone on the wrestling mat tube while we talked. It was the last time he was alone in that room.
The minute I stepped in the house, I rushed to the computer. Googling ensued. I found out everything I needed to know about the condition, his temper, his isolation. This kid needed wrestling. He needed to be out of his comfort zone. He needed me. I didn't realize how much I needed him.
I was the Junior High wrestling coach in the same halls I walked as a kid. This was my second year with the title after taking a year off for work. That’s something that I have always struggled with. There were few places that would hire me on the strict schedule I had. I stressed to my kids that they needed to finish one dream before moving on to another, and that I was the perfect example of what they shouldn’t do. I wanted to be a teacher, but I began coaching before that came true.  A steady stream of classes is coming. I’ll get that degree, I swear.
The first few days with Steven were rough. He’d get beaten soundly by the rest of the team. The team was full of kids that had wrestled before, including the one he shared his weight class with.
He wasn’t picking up the moves quickly. His heartbreak was shattering me. He was not the starter. His limited time on the mat was evident.
Finally, he opened up to me. He didn’t want to get close to anyone, but he was stuck with me for two hours a day. Eventually, I learned his life story. I learned about his family. I learned that he did everything he could for his mom, the only parent he had in his life. The more we talked, the closer we became. Steven could get close to someone. Steven chose me.
As the seventh grade season ended, Steven had three wins. Our team had a lot of victories that year, but I remember those three distinctly. There were plenty wrestlers that did great, and I got close to each of them too. They didn’t need me though, any wrestling coach would do. Steven needed me. I needed him too.
That summer I held open mats, a room where wrestling ran free. It was open to anyone from anywhere. We had visitors, but there was only one constant. Steven.
He didn’t have excuses. He told me he wanted to win. Every week, he’d jog there. Every week he jogged home.
I couldn’t teach him moves in the summer. That wasn’t why we were there. I gave him a place to work out. I gave him a place to ease his frustrations. I gave him a place where he could shed the shell he hid in. He gave me everything he had.
I’m not one of those coaches that ask for the impossible. 110% does not cross my lips. I’m a realist, but I have high expectations. Success comes from putting time in, and time was all Steven had. I broke him every day physically. He broke me down right back. He’d tell me how life was going. He’d tell me about his enormous goals. He’d tell me he loved me, and I would do the same. Then he’d bruise me, or bloody my nose. He kept coming. I couldn’t stop Steven from getting better if I tried. He simply worked too hard.
Eighth grade rolled around, and the team was shaping up. The youth had diminished and Steven was a man. His teammates became men too, but I hadn’t seen them grow, not like Steven. Every Wednesday, I saw him, every Wednesday he grew.
He found a spot on the starting line-up. He opened up to the other kids. He constantly tried to prove that he was a wrestler, and that he could outwork anyone in the room. He did.
There were other kids on the team that were given athletic gifts. They worked hard and became great. Steven wasn’t given anything. He worked for everything he had. Wednesday nights were over, the real test was about to emerge.
Steven started winning.
I never saw him wrestle a pretty match, but the wins started piling up. His eyes gazed at the medals he won, validation for giving up his summer Wednesdays. He didn’t have a lot of moves, but what he did have was working. In close matches, he didn’t win with technique. He won with heart. He won because he did things to get better when no one was watching. He won those winter matches in July.
When the season ended, he had thirty-three wins.
In Ohio, there is a goal for every Junior High wrestler. The OAC Junior High State Tournament is the test. There are no divisions. There is just one champion in each weight class. Steven wanted to taste it. Taste it, he did.
Steven went from three wins to thirty-three, and he can forever say that he was an OAC Junior High state qualifier.
I often get messages from my old wrestlers, but no one talks to me more than him. He validated his work on the mat. He validates mine with his words.
Good Luck on the upcoming season. I love ya, kid. 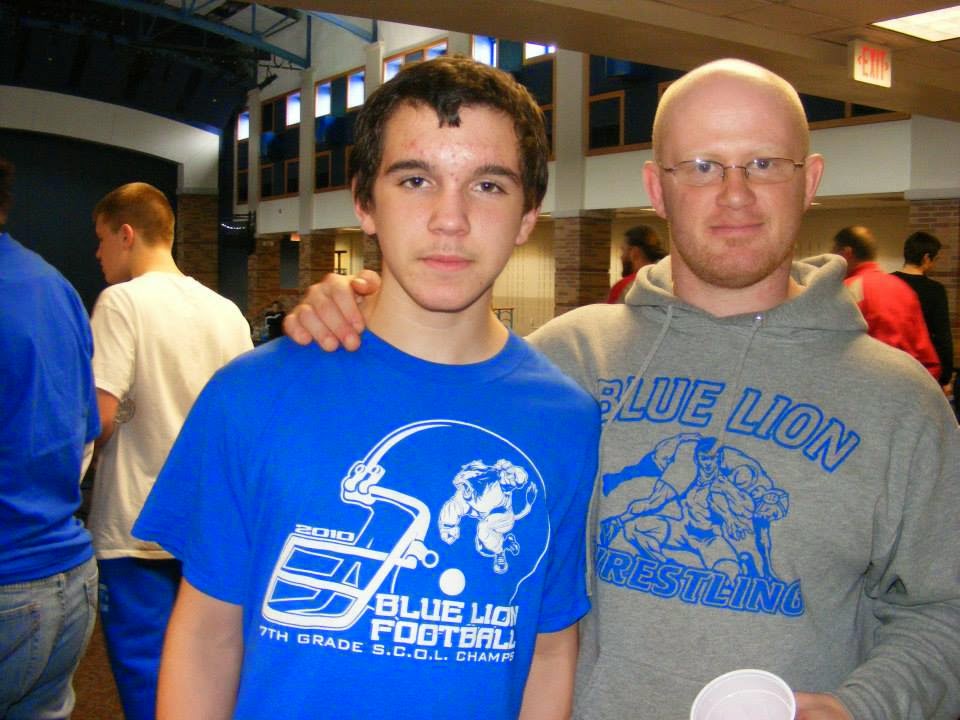