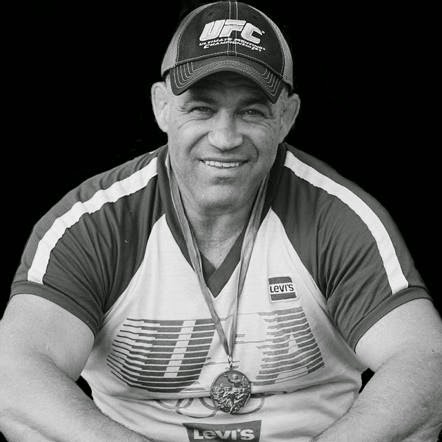 Mark Schultz is one of the biggest names in wrestling, ever; period.  His competitive nature can be seen so clearly if one were to watch any footage of him engaging in battle on the mat, from his days of dominating the NCAA to winning gold in the 1984 Olympics.  People tell stories of Mark’s achievements in an effort to paint a picture of how dominant he truly was to people who may not be familiar with his achievements in the sport of wrestling, and it always begins to sound like a tall tale of gladiator-like proportions.  The only thing about these stories; however, they are true.  For the non-believers I can offer one comment:  roll the tape.
Like many successful athletes in any sport, Mark trained extensively.  He had a clear focus, and that focus was winning gold at every level.  The majority of people reading this article more than likely know of the movie Foxcatcher, but may not be aware of many details relating to Mark Schultz's life and his personal perspective regarding his achievements on the mat.  Mark was kind enough to invest some time for an interview with The Daily Grapple:

TDG:  “You were a gymnastics competitor before you began wrestling in high school.  In your opinion, how did gymnastics contribute to your future success in wrestling?”

Mark:  “It contributed tremendously.  Gymnasts do not get dizzy, so whenever I got into a flurry in wrestling I never got dizzy.  Sometimes when you get out of a flurry and you are still inbounds, you have to protect or defend yourself against a shot.  And if you get dizzy you’re in trouble.  Gymnastics provided me with a huge advantage in those types of situations.”

TDG:  “How have you converted your hardships into positive experiences and lessons you can teach unto others?”

Mark:  “I feel that it was an act of God that the movie [Foxcatcher] was made.  It immortalized my brother, and that is important to me.  I feel that Bennett Miller [director of Foxcatcher] took all of my pain and suffering, and turned it into something that made it all worth it.  The story could have been lost to history, but it wasn’t because of great men like Bennett Miller.”

TDG:  “Even after the ultimate sacrifices you and your brother made, for our sport and for the United States in general, do you still love wrestling?”

Mark:  “I love the beauty of the sport.  Wrestling is the greatest builder of character in the world.”

TDG:  “Is it painful for you to watch the movie?” 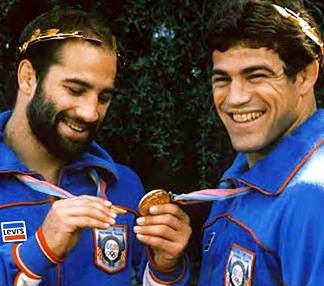 TDG:  “I feel crazy even asking this question, but the people will want to know!  How does it make you feel that you defeated not one, not two, but THREE Iowa Hawkeyes wrestlers in the NCAA Finals, considering all THREE were under the leadership of Dan Gable, for THREE years in a row?”

Mark:  “Every year I went to the finals I met an Iowa Hawkeye.  That just goes to show you how tough that team was.  The psychological pressure before my finals match against Duane Goldman was the most I have ever felt in my life.  Goldman was a freshman.  I was a defending two-time national champion.  I think I won because before the match Goldman decided I was going to win.  All three were tough.” 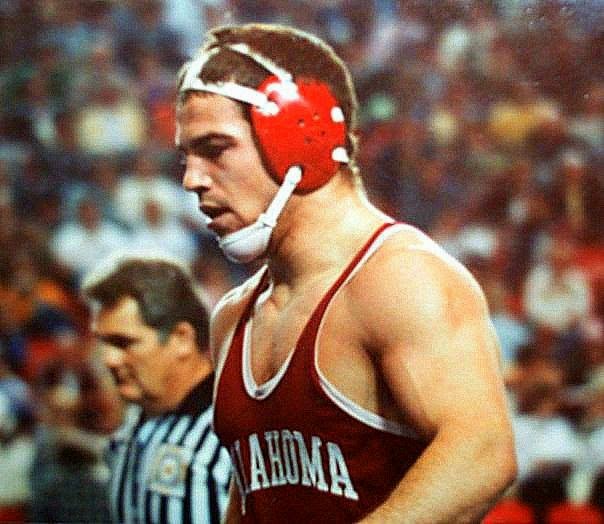 TDG:  “When did you know for sure that your competitive career as a wrestler was over?”

Mark:  “I herniated my back right after the first UFC, and I went in for surgery.  Then some people started writing letters to the President of BYU complaining about me fighting.  I needed health insurance for my kids.  All of those things are why I decided it was time to hang it up.  We have doubled our average life spans in the last two hundred years, but God didn't make spines to last eighty years."

TDG:  “You are putting out a book, a blockbuster movie based on your book and life events, Olympic Gold Medal, NCAA Titles.  The sky is no limit for you.  What's next?”

Mark:  “I am still doing wrestling clinics, but my back isn’t what it used to be.  I still try and give back to the sport.  I’m trying to help spread the Book of Mormon.  I am doing a lot of public speaking and promoting my book.” 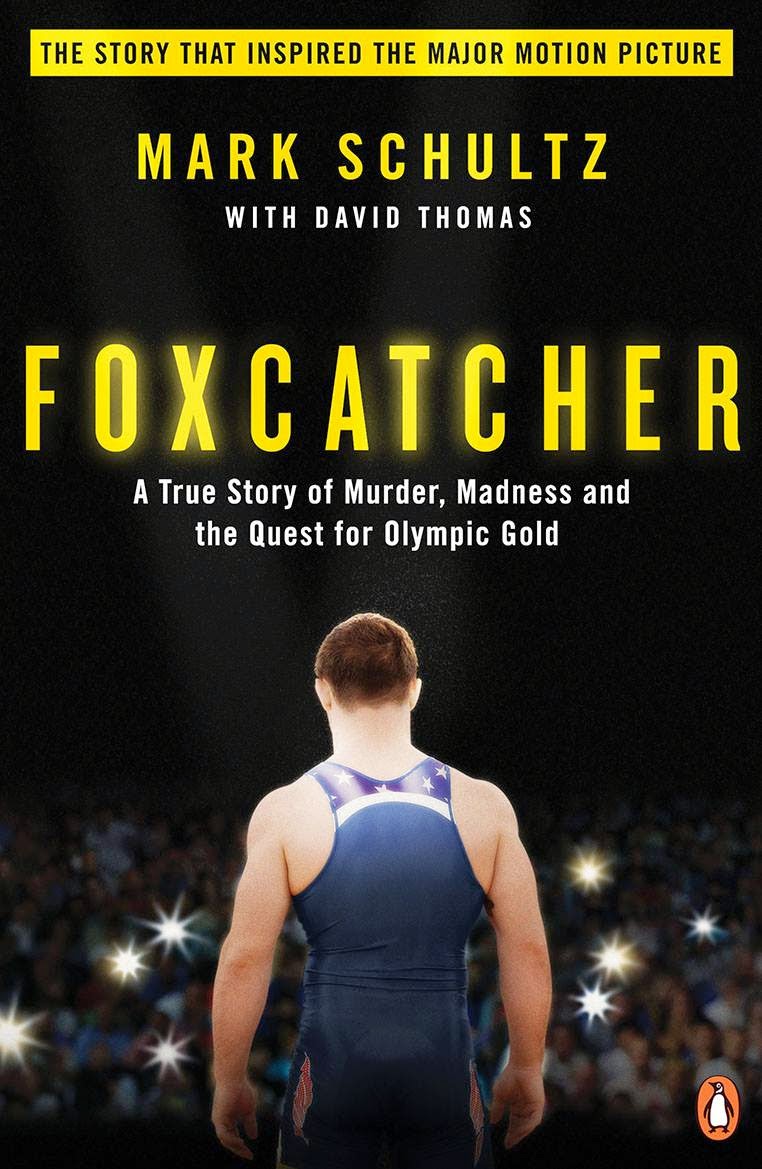 Mark and I talked about many more things relating to his life story aside from the interview segment above.  I urge people to go to see the movie Foxcatcher, but if you truly want to gain insight into Mark’s life, on and off the mat, you need to do so through his perspective.  Keep in mind that the movie is based on a true story, but Mark’s book is the true story.  See the movie.  Read the book.  Compare the two.  Expand your mind.

Mark was competitive on a level that many people simply do not, and cannot, understand.  In the beginning of the discussion I had with Mark on the day of the interview we did, he proceeded to tell me something that he said he had not told anyone publicly in any previous discussions or interviews.  He told me about a few silver medals he won during college and after college while competing in the World Cup, and the aforementioned medals I speak of are the only three silver medals he ever won in his entire wrestling career.  One silver medal was thrown onto the roof of Gallagher Hall at Oklahoma State.  The silver medal he won at the Midlands tournament was tossed in a trash can outside of the gym.  The silver medal plaque he received at the World Cup still resides somewhere near the bottom of the Ottawa River.  He prefaced providing me with the above information by stating:  "Winning is everything to me."  These items, which now reside in landfills of sorts, are items that many of us would treasure for life, and perhaps even hand down to future generations.  Mark was not happy with anything less than gold.

Think about the sacrifices our Olympic athletes make to compete in honor of their country.  Think about the sacrifices that Mark, Dave, and other elite competitors in the sport of wrestling have made and continue to make.  Hopefully Foxcatcher is not merely a movie people go and see to fill up their calendars; a novelty of the sport of wrestling.  Foxcatcher isn't about growing the sport of wrestling.  The intention of Mark releasing his story, and his brother's story, is not to embark on some crusade to grow our sport.  It is frustrating to see people on social media only commenting that the movie is great for our sport and so on and so forth, and the sudden delaying of its release across the country in November of 2014 was some sort of conspiracy to stunt the growth of wrestling.  Is it great for the sport?  Absolutely, but what makes it more than just being great for our sport is that these events happened to real people.

The events which took place on that fateful day when Dave Schultz's life was taken by John DuPont were immeasurably tragic, not because Dave was a wrestler of historic proportions; but because Dave was a husband, father, teacher, mentor, friend, uncle, and brother.  The coincidence and deeper meaning behind the film; however, is that you don't have to have ever wrestled or have been a wrestler to understand the tragedy behind these events which occurred in Mark's life.  We are all wrestlers of sorts.  We all grapple with anger, frustration, doubt, fear, and loss.  These all come in many forms, on and off the mat.