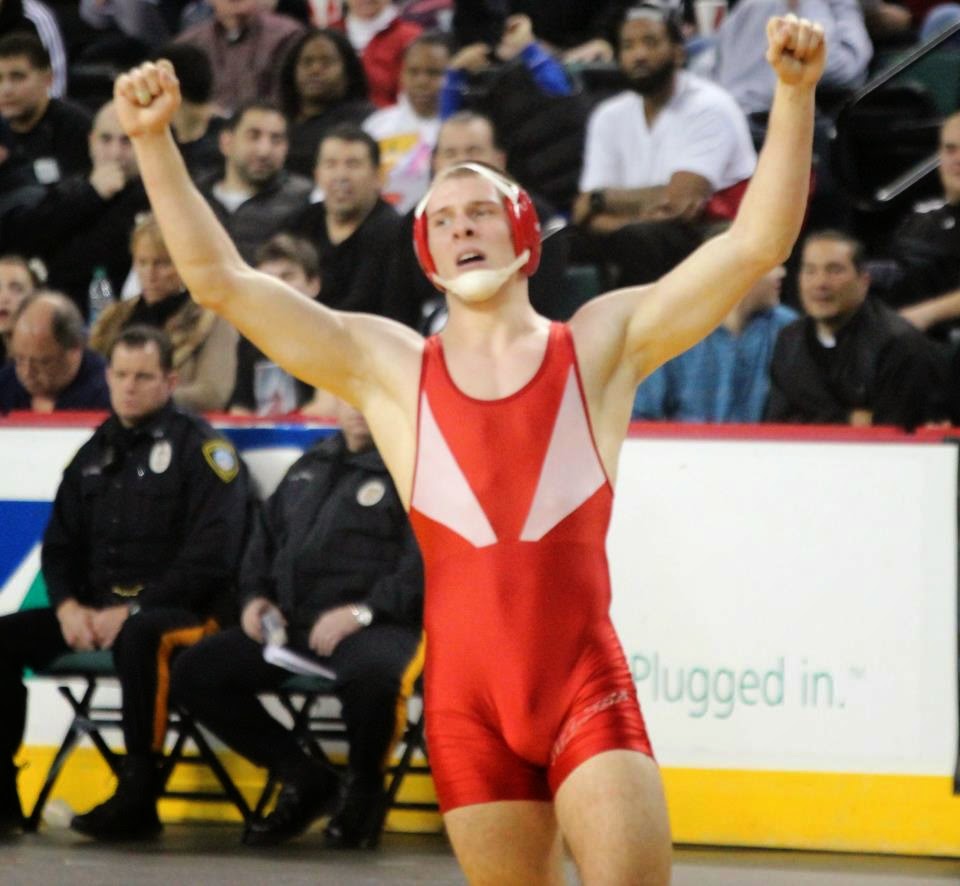 Every so often we read or hear about a story within the wrestling community that ignites a spark in all of us.  This is one of those stories.  It is bittersweet, and the story is still being written.

Bryan Dobzanski grew up in Franklinville, NJ and is a 2014 graduate of Delsea Regional High School.  In my quest for additional photo content for this article, I glanced at his assortment of Facebook photos.  Bryan's Facebook photo gallery portrays him as your average young man from South Jersey:  wrestling photos, baseball photos, family photos, the prom picture, and of course the infamous diner booth pic (if you know Jersey, you know it is the diner capital of the United States...gotta love the late night diner trips!).  This kid is far from normal.  He is something special.

Many of you reading this may recognize Bryan's name.  In 2014 InterMat had him ranked as high as #2 in the United States in the 220 pound weight class.  Nationally-ranked kids wrestle in college.  That's just what they do.  And like the majority of nationally-ranked high school athletes Bryan had it all planned out, and he was slated to play baseball for and attend the University of Louisville.  Wait...what?  Yes, you read correctly...baseball...at one of the most prestigious universities for athletics in the country, and specifically for baseball they are a powerhouse.  He was going to be a Cardinal.

Well, what is interesting is that a few months after graduating he remained a Cardinal; however, he went from being a University of Louisville Cardinal to being a St. Louis Cardinal when the St. Louis Cardinals offered him $700,000 to skip college and go straight into the world of professional baseball. 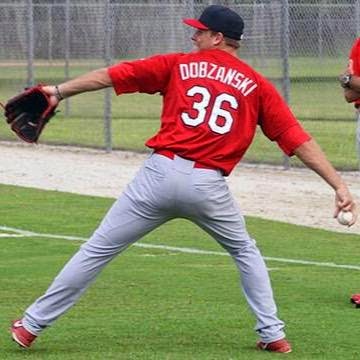 Bryan was a force on the baseball diamond in high school, but he was also quite dominant on the mat while competing for Delsea Regional High School.  Just how dominant?  155 wins.  Only 8 losses.  99 pins.  Yes, you read correctly...99 pins.  Oh, and he was a two-time State Champ.  Not a bad off-season training gig for a baseball player.  And not to downplay other high school wrestling states, but accomplishing this in New Jersey is an achievement worthy of the highest level of praise.  I approached Bryan recently, and I asked him if we could share his story with the wrestling community.  He gladly offered some time to sit down with The Daily Grapple.

TDG:  "You were a two-time New Jersey State Champ on the mat.  You had 155 wins,  99 of them pins, and only 8 losses in high school.  For you it was just the beginning of what you hope to achieve in athletics.  What do you look to achieve as a baseball player?"

Bryan:  "As a baseball player I hope to achieve the ultimate goal, and every little kid's dream, of making it to the big leagues.  It's always been a dream of mine, and basically I work hard every day trying to make that dream a reality." 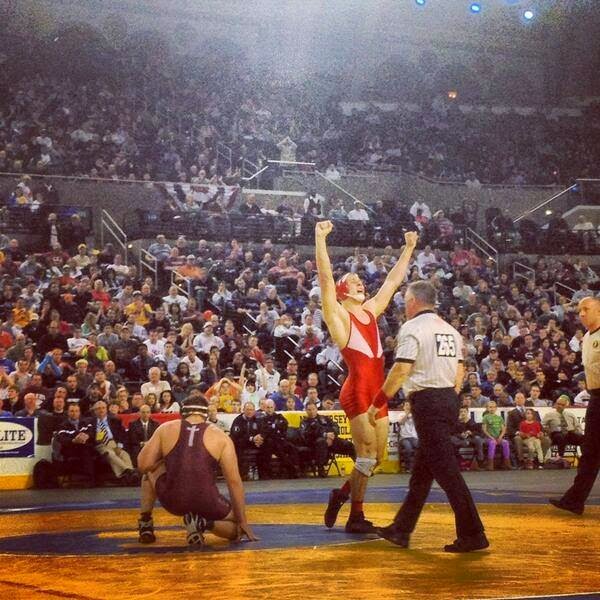 TDG:  "How has wrestling played a part in your ongoing success in baseball?"

Bryan:  "Wrestling has been my whole life since I was little.  I remember stepping on the mat when I was five years old.  My whole family has been a big wrestling family.  Wrestling has been a major part of my success as a baseball player, and actually it has helped me a lot as a person.  Wrestling teaches you how to work hard, how to be tough mentally, sportsmanship, how to overcome one on one competition.  In wrestling it's me against the other guy on the mat, but as a pitcher, it's me versus the batter in the [batter's] box.  It is a lot of one on one for me, and having that mental edge.  Wrestling has helped me with that." 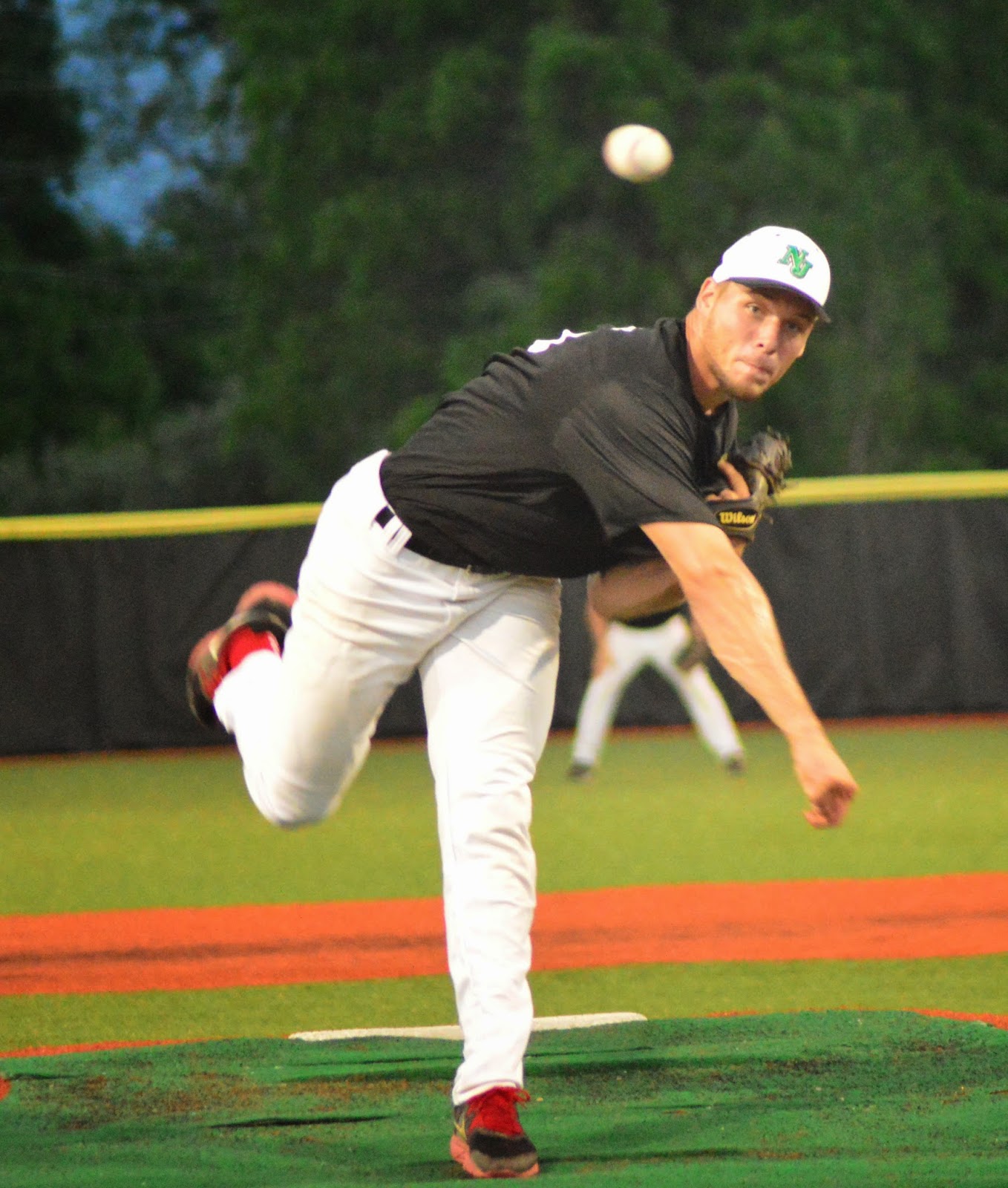 TDG:  "In June of 2014 you received a phone call that changed your life.  Being drafted by the St. Louis Cardinals was a life-changing event for sure.  What were some of the challenges you faced in adjusting to this unanticipated change in your life?"

Bryan:  "It was definitely a big deal.  Myself and everyone around me knew I was college-ready.  I was ready to go off to Louisville.  Getting that call one week before leaving for college changed up my whole game-plan.  You only have one shot at becoming a major league baseball player.  Once I got that phone call I knew that was my shot, and I had to give it my all and my best.  In college you have a few years to sit back on it, but in professional baseball they really want you to win.  There was no school work to focus on anymore.  It was my time.  It was time for all baseball, all the time.  That's my job now...baseball."

TDG:  "Do you ever think about the 'what if' with regard to wrestling in college?"

Bryan:  "That doesn't really bother me because I kinda always knew baseball was my future.  Wrestling is great for paying for college, and it's a great sport for that, but it's very tough to build a future on it unless you're one of the greatest.  I was always a multi-sport athlete, and I was always focused on baseball.  I believe I made the best decision, but I still love wrestling."

TDG:  "Are there times where you fantasize about winning an NCAA wrestling title?"

Bryan:  "Definitely.  I really think they're freaks [NCAA champs].  If you win an NCAA title you really are a freak.  I can't even imagine what it would be like to win one.  Even the best wrestlers can't say they are an NCAA champ.  It is an insanely hard tournament to win, so I put those guys that win an NCAA title in very high regard."

TDG:  "Do you still follow wrestling at the high school or college level in your free time?"

Bryan:  "I still follow wrestling at the high school and college level during the winter.  I'm always watching videos on Flo Wrestling.  I have a Flo Pro account.  Sometimes if I can't sleep late at night I go on Flo and watch dirty moves and videos.  My cousin wrestles at Northern Illinois University, so I'm always keeping up with wrestling with him also.  During the wrestling season I help coach at my old high school at Delsea Regional.  I'm in the room helping out as best as I can.  My brother is still on the team, and he's a sophomore so I like helping him also.  Nothing is more satisfying than finishing a tough wrestling practice.  Wrestling is a big part of my life, and I will continue to enjoy it as long as I can."

TDG:  "Do you have any advice for kids who are multi-sport athletes that wrestle and play another sport such as baseball or football?"

Bryan:  "A lot of colleges like multi-sport athletes, and they really do think highly of them.  It just shows the athleticism that you have.  You are only a kid one time.  You only get one shot at life, and don't let anyone else influence you.  Don't let people get in your ear and tell you 'oh just focus on one sport.'  I didn't listen to people.  I kinda shied away from them.  People were saying 'you already won a state title so why go out your senior year for another?'  I didn't let people turn me into a one sport athlete.  I love wrestling, and I love baseball." 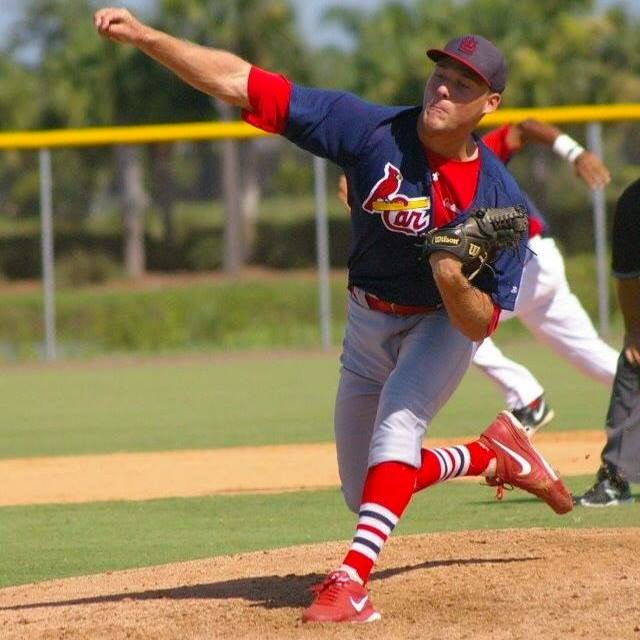 As I was conversing with Bryan throughout the interview, I kept thinking about how his story sounds like a Disney movie in the making.  Bryan was supposed to be a Louisville Cardinal, and now he is a St. Louis Cardinal.  Bryan was a two-time New Jersey State Wrestling Champion.  He sacrificed wrestling in college to play baseball, and the NCAA Division 1 Championships are being held in St. Louis as I write this very article.  I, along with the entire New Jersey wrestling community, hope to see Bryan Dobzanski crowned a champion in St. Louis in 2015...but rather on a pitcher's mound instead of a wrestling mat.