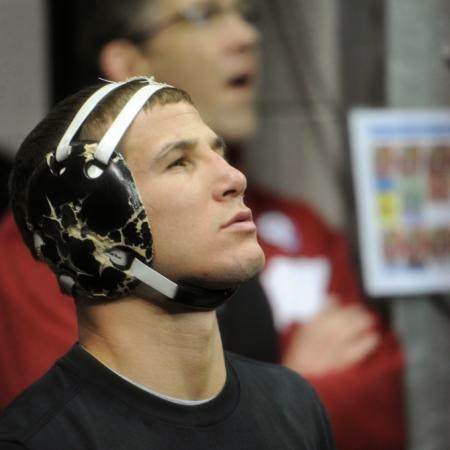 Logan Stieber is, without question, one of the greater wrestlers in the United States at this moment in time.  For those of you who are not familiar with his impressive track record, Logan was a four-time high school state champion in his native state of Ohio.  His only loss in high school was to David Taylor, one of the greater high school and college wrestlers of all-time.  Logan continues to dominate, and next season he looks to become only the fourth college wrestler of all time to win four NCAA individual titles.  Logan is also looking to help lead his team at Ohio State to a national title.


Think about whatever conclusive thoughts that crossed your mind after reading the preceding paragraph and now consider the following: TALENT.  There are people that adopt one of two fundamental beliefs with regard to talent.  There are those who think people are born with talent, and there are those that think talent is made.  Genetics come into play in both scenarios, but with regard to mental or physical limitations; or perhaps advantages in some instances.   The people who believe that one can be born with talent will argue that talented people either develop their talents or they become passive and choose to not develop the innate talent.  The people who believe that talent is made will argue that one [coach, parent, or mentor] can influence an individual at a young age to develop his or her talent, and after the spark is ignited the talented individual will become self-motivated to further develop that talent with continual guidance from a coach, parent, or mentor. 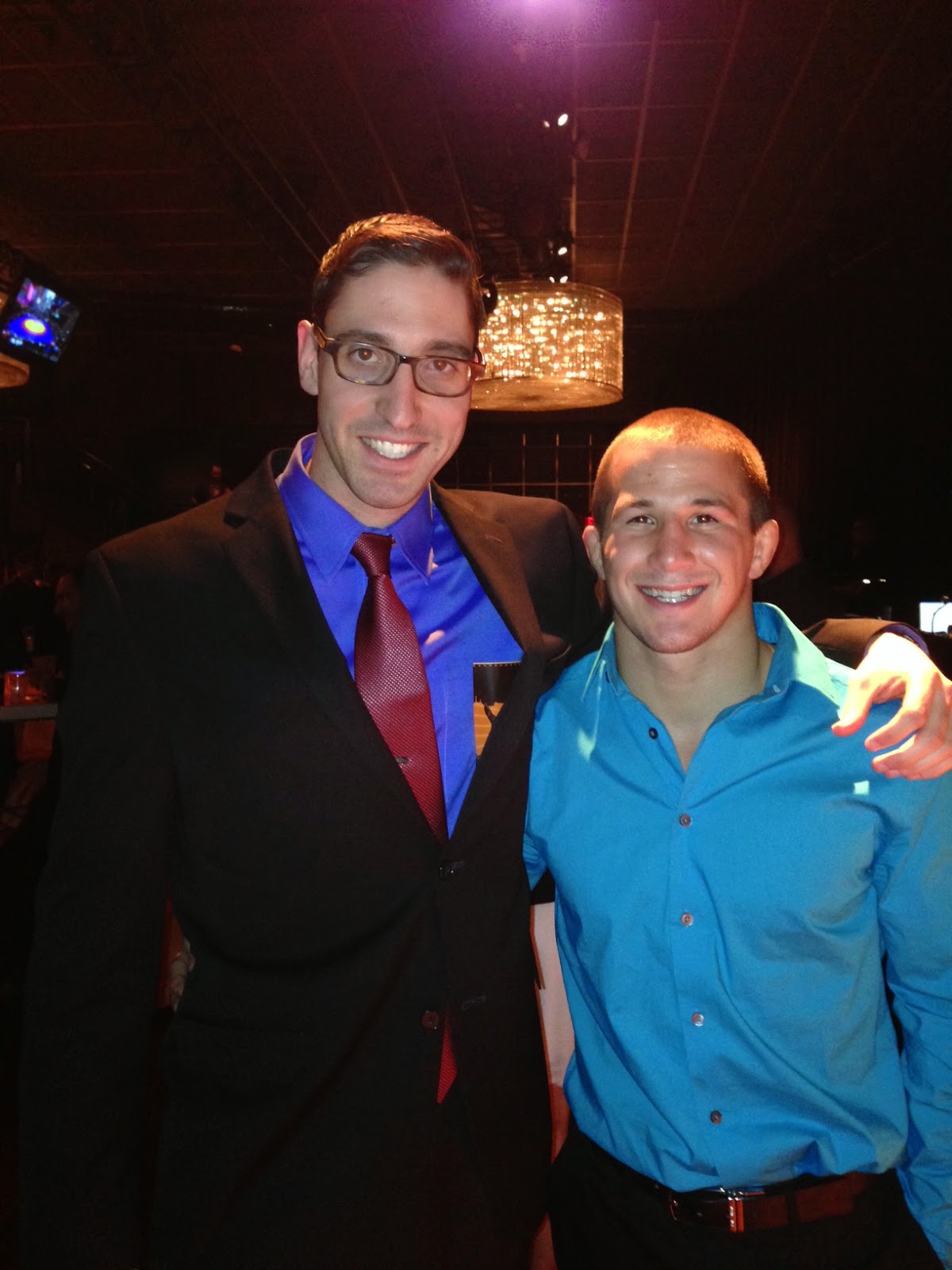 I had the pleasure of spending some time with Logan this past week.  We talked about wrestling.  We talked about life.  Logan falls within the group of people that believe talent is made.  Equate this talent theory to the initial purpose of this article; to demonstrate to the readers of this article that Logan Stieber is not perfect.  Although it may not seem that way, he is human just like you and I.  Logan has achieved greatness in the sport of wrestling because he decided to do so.  He decided to make the most of any and every opportunity that was ever given to him in the sport of wrestling: coaching, training, mentoring, and time on the mat.  These conditions, combined with his unrelenting determination to win, have brought him to where he now resides.  Think about all of the milestones Logan has achieved.  Think about all of the sacrifices that he made.  Think about all of the hard work that he put in.  Logan was kind enough to share some insights about personal challenges that he has overcome.


Logan Stieber:  “Seeing Hunter work all year; and his freshman year he was pretty good, and he wanted to win, but I could tell his sophomore year was a lot different.  I thought he was going to win, ya know, being the number one seed.  I thought the other guy should’ve gotten it because he was ranked number one all year, but ultimately I thought Hunter was the best guy.  I thought he was gonna win, and his first three rounds of the tournament were not very good for him.  He didn’t wrestle good.  He was down almost every match, and he would have to come back.  He just wasn’t really wrestling in his usual style.  In the semi-finals match I had just finished wrestling, and I had just put my sweats on and started getting ready to cut weight, so I was just bouncing around and watching the screen.  I actually didn’t even know the other guy had riding time, and I saw the score was six to six.  I thought it was going into overtime.  Then I noticed some Edinboro coaches were in the back cheering.  Then I kinda figured it out that the other guy had riding time, and the score was seven to six.  It was tough, ya know, because I trained with him every day.  And getting third, it was great, but it wasn’t what he came for.  It was sad, and then immediately you have to make weight for the next day, so he was riding the bike next to me with his sweats on.  He was crying, and I felt like crying.  It was sad.  It was a sad moment; that’s for sure.  I won’t forget it, and hopefully he won’t forget either because he needs it as motivation.”


TDG:  “What did that experience teach you?”
Logan Stieber:  “He was way too nervous.  He didn’t wrestle his normal way.  If you wrestle nervous, then things are gonna be different.  He gave his best effort, but it wasn’t his best wrestling.  It wasn’t the best version of him.  Always try to put out the best version of yourself.”
TDG:  “What did that teach you in regard to helping uplift a teammate?  Yes, it’s your brother, but he is also a teammate.”
Logan Stieber:  “I just told him to put it past him.  I learned that, even though he lost, I was able to help him re-group and come back and win some matches for the team.  You can make the choice to lose or you can wrestle back for third or fifth and help the team out.”
TDG:  “You wrestled Zain Retherford early on last season and lost.  Then you wrestled him again with a broken thumb.  How did that affect you mentally?”
Logan Stieber:  “I wrestled him in December.  He beat me, and it was a tough match.  He wrestled better than me, and he ultimately got the win in overtime.  I deal pretty well with losses.  I learn from them.  I always have.  They don’t affect me in a negative way at all.  I was not worried at all.  I lost.  I gotta get off bottom.  I gotta score more takedowns, and I gotta make sure my conditioning is the best in the country.  I worked on a lot of things, and I was feeling great.” [Broke thumb in practice before the Big Ten tournament]… “It was a small break.  I didn’t even wrestle the day before the tournament.  I did some light drilling.  I was pretty nervous before my first match, and I never get nervous.  I was able to wrestle, and I wrestled pretty well.  We had a strategy.  I needed to score enough points so that I didn’t have to go down if I didn’t need to.  I was ready to go down, and we worked on it a lot, but I scored takedowns so I didn’t have to.  I had to change a little bit of my style on top because it was hard to dig my hands in.  It was really a mental thing.  It was a lot of pressure.  He beat me the first time, and I was the defending two time champion, so ya know, I had to beat the freshman.”
﻿
TDG:  “Do you have any advice on how people can take some of the principles that you live by in wrestling and apply it to their lives?”


Logan Stieber:  “I’ve always had the best coaches, and I was lucky my parents would help me.  I had really good people around me.  So really you just have to try and find the best people to surround you.  A lot of people don’t take advantage of things that are right in front of them.”


Logan Stieber:  “I focus on the now.  The future is great, but you gotta live in the now.  After my first national championship, I got the biggest, most expensive ring I could from Ohio State because you never know what’s gonna happen. I could get hurt.  I could lose.  I could never wrestle again.  You never know about the future.  Live in the now.”